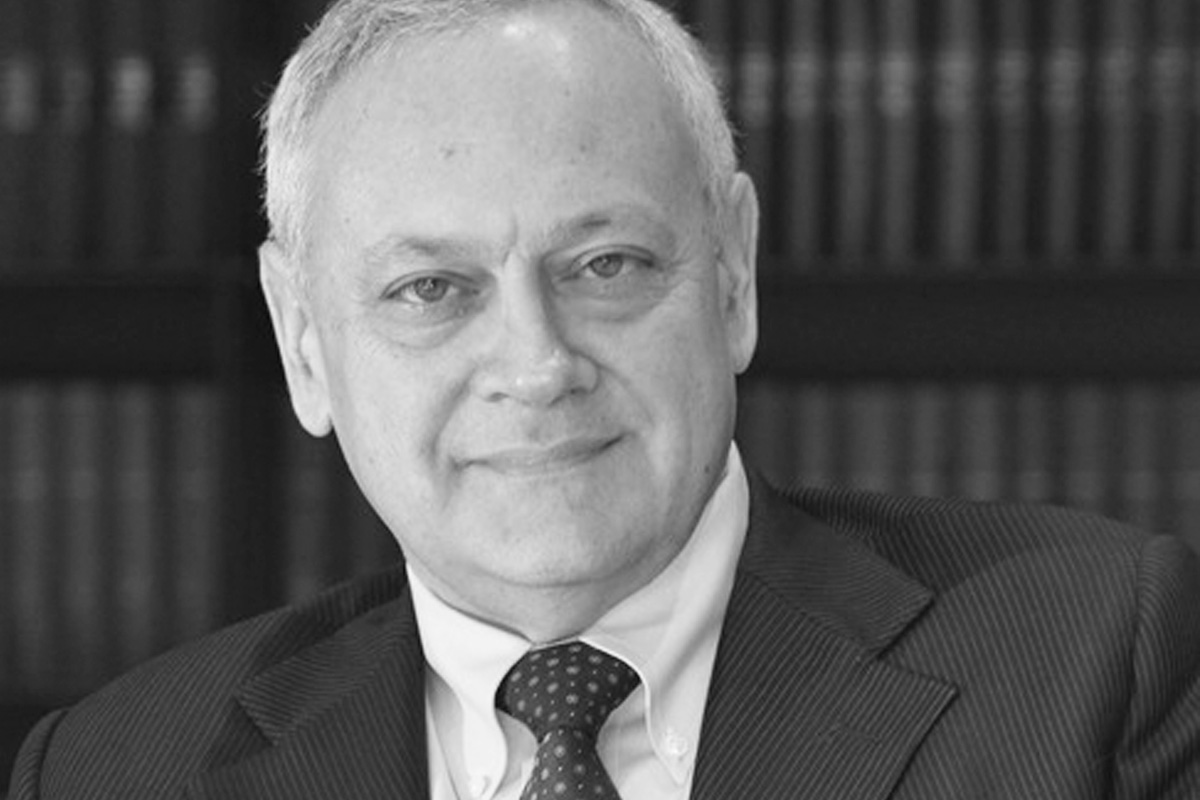 As #biotechweek 2020 is only a few months away, we checked in with the president of Assobiotec, the Italian association for biotechnology, Riccardo Palmisano. He explained how the excitement for biotechnology in these unprecedented times needs to be carried over to communities across Europe and how the European Biotech Week has enabled a real network of biotech enthusiasts in Italy. European Biotech Week in Italy – a success story! 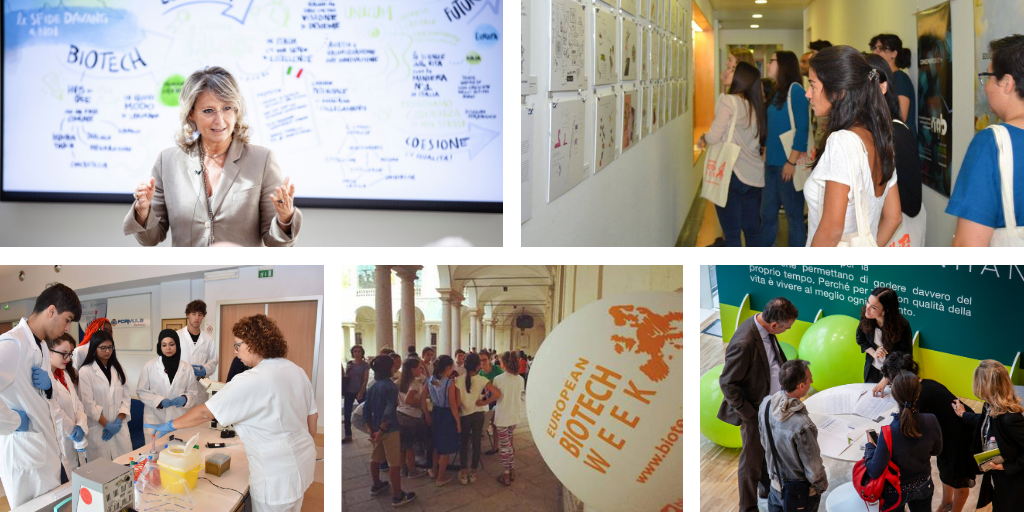 The European Biotech Week attracts thousands of people each year to biotech events around the continent. In Italy the activities are coordinated by Assobiotec, the National Association for the Development of Biotechnology. What makes the Biotech Week so successful in your country?

You are really right, as over the past seven Biotech Week editions, Italy outperformed in terms of both number of events and attendees. Main reasons for this success are first of all the involvement of many partners, from biotech companies to universities, schools, research centres, museums, foundations, scientific and patients associations from Northern to Southern Italy: 40 partners in more than 100 events in our country. A second relevant success factor is the use of simple and accessible language and concrete examples to explain how biotech surrounds and supports us in everyday life. 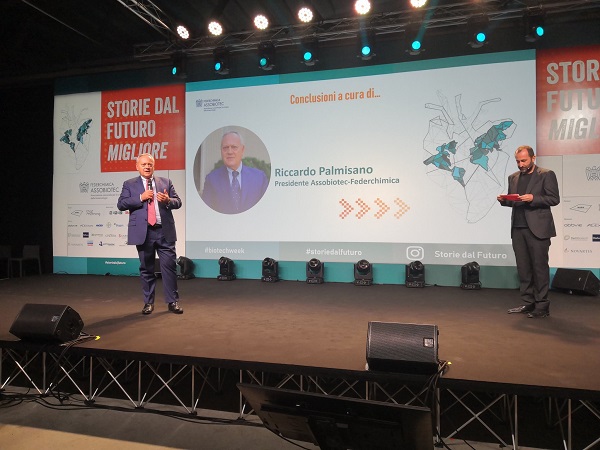 Result of this combined approach is a Biotech Week more and more perceived in Italy as one of the most interesting nowadays scientific event, able to reach a huge number of local communities on the whole national territory. Assobiotec is very proud to coordinate and promote such a challenging project since its first edition.

Among Italian events, the main ones focus on citizens, starting from school students, in order to show the opportunity of having a confident approach towards biotech, and science in general, understanding that it can help us to live better and more sustainably.

You have built up a great network of biotech institutions that take part in the week-long celebrations each year. What has been your lessons learned on how to connect people to bring biotech to local communities?

Every year this powerful multi-stakeholders network plans a journey with us that begins in the first months of the year. Each biotech institution has been involved in the launch of the event and in a series of subsequent moments that bring to the planning of the Italian week and to the communication to our targets.

Dialogues inside the network and exchanges of best practises are essential for the successful outcome of the event.

Connecting and working with partners located on the whole country it’s a great way to activate interest in each individual region and take advantage of the synergies and networks already active, for instance with schools, media and so on.

In the recent years we have perceived a great enthusiasm and a great desire to cooperate from our partners. It is an important signal that demonstrates how much the interest in a strategic sector like biotech is growing, and so is the will to make biotech more understandable to everyone.

What can we expect for #biotechweek 2020 in Italy this year?

In this particular year, affected by the coronavirus pandemic, it will be difficult to exceed the level previously reached in terms of both number of events and people involved. Although not impossible, thanks to the possibility offered by digital tools. Today as never before it’s evident that biotech is the correct response to our urgent needs: health, for humans and our planet, environment, healthy food, sustainable development and safety. Biotechnology can aspire to be one of the driving forces of the world.

The pandemic highlights the importance to believe and invest in science and in biotech. The relevant contribution that biotech could give to our world is now undeniable, it is crystal clear. The European Biotech Week has to reinforce the message that biotechnology can do a lot for our future, in terms of health, just thinking of what the biotech companies have done and are still doing to fight against the current pandemic, and to rethink our development with a new respect for our planet, and attention to sustainability. 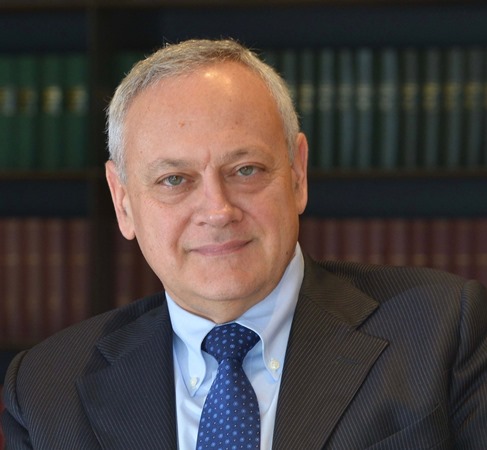 Riccardo Palmisano is CEO at MolMed, a medical biotechnology company focused on research, development and clinical validation of novel anticancer therapies. Graduated in Medicine at Parma University, his career in the Italian pharmaceutical industry started in 1986 at Farmitalia Carlo Erba (1986). He then moved on to Gruppo Menarini (1988) where he contributed to the development and internationalisation of the first Italian pharmaceutical Group, becoming Director of the Pharmaceutical Division Italy in 1993 and General Manager at Lusofarmaco in 1995. His career in multinational companies started in 2000: he set up the Italian branch of Shire Pharmaceutical (2000), then he was appointed Vice President Commercial Retail Market in GlaxoSmithKline Verona (2003) and, lastly, Vice President & General Manager Italy at Genzyme (2005), a U.S. biotech company specialized in research and development of orphan drugs for rare diseases. After the acquisition of Genzyme by Sanofi he was appointed Director of Business Strategy and Development at Sanofi Italia (2012-2013). During his career, he successfully launched a large number of important products in many therapeutic areas, in both retail and hospital markets, participated and supported several international projects, and successfully negotiated pricing and reimbursement for several innovative drugs with the Italian Authorities. In 2008, he joined Assobiotec, the trade association part of Federchimica, becoming Vice President, responsible for biotech pharma and health, in 2010. In 2016, was appointed President of Assobiotec.