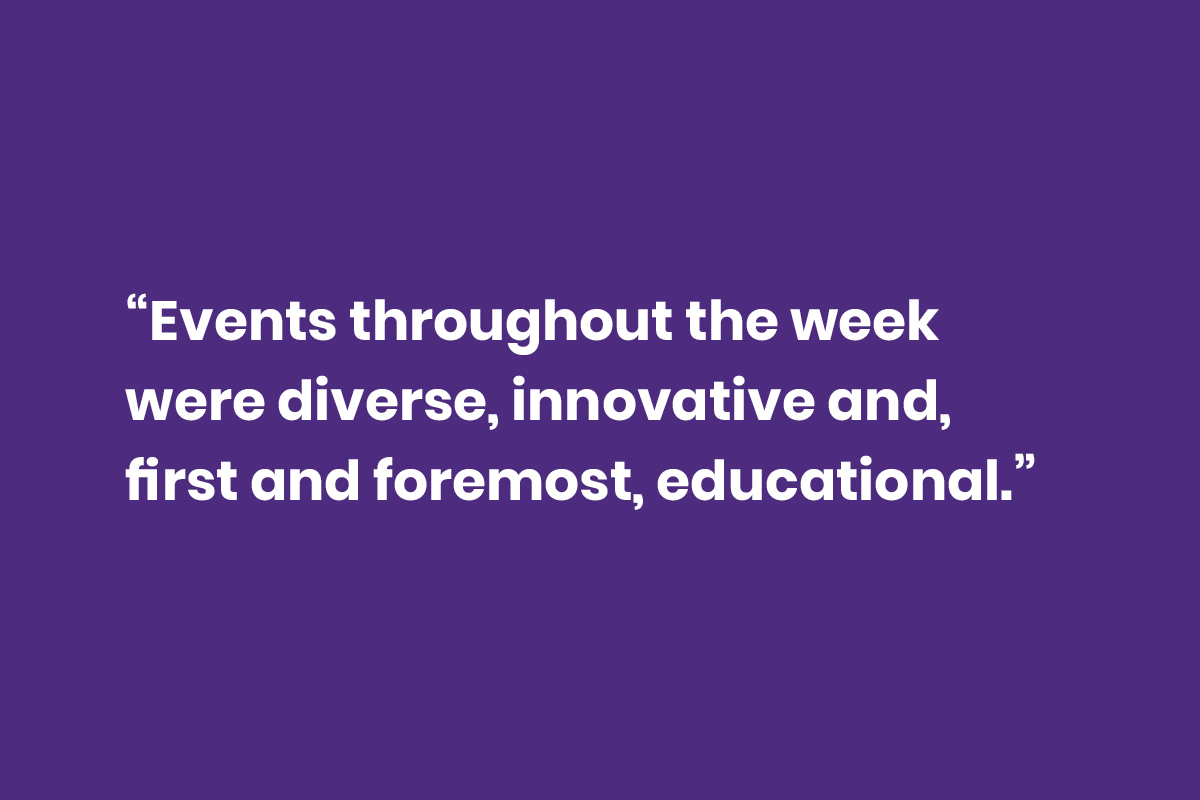 Brussels, 30 September 2019: European Biotech Week has, once again, succeeded in creating more excitement and enthusiasm for biotechnology, this time, through more than 140 events taking place across 18 countries. For the first time, Malta and Latvia have joined the initiative to celebrate the benefits of biotech with local communities.

From researchers and professionals to curious students, across all age groups – events throughout the week were diverse, innovative and, first and foremost, educational. They’ve included conferences, workshops, hands on laboratories, exhibitions and open-door days with companies, research institutes and museums – EuropaBio thanks all organisers for their impressive efforts in creating a European-wide buzz for biotech!

In Brussels, EuropaBio hosted multiple events around the benefits of biotech for people and planet. The kick-off day saw many students, researchers and representatives of industry and the European institutions coming together for discussions and presentations, beginning on Monday with a ‘biotech inspired’ lunch and ending the same day with a lively biotechnology pub quiz! Other events included a fruitful discussion around the financing ecosystem for healthcare biotech in Europe, and the need to remain competitive with the rest of the world. This year’s main event – a lunch, co-hosted by MEP Henna Virkkunen and MEP Anthea McIntyre, took place in the European Parliament and showcased perspectives from industry, end-users, patients and researchers on the new frontier in biotech innovation: Genome Editing.

EuropaBio Secretary General, Joanna Dupont-Inglis highlights: ‘Thanks to the discovery of new gene editing technologies, we now have the ability to edit genes with greater precision, accuracy and speed than ever before. As a result, Biotech now has the potential to contribute so much more, transforming patients’ lives by treating unmet medical needs, mitigating the impacts of climate change and saving scarce resources for a growing global population. But the technology has developed much faster than the debate both publicly and politically. The many events around this topic during the European Biotech Week helped to include a wider spectrum of stakeholders, policy makers and civil society in these important discussions.’

This year, for the first time, European Biotech Week included a #BiotechFan film competition. The winners, Anna, Giulio and Francesco from the University of Padua and Enzo from the Technical University Munich, took part in three days of back-to-back biotech events in Brussels presenting their ideas, inspiration and aspirations to decision-makers, researchers and industry representatives.

Thank you all and stay tuned for #biotechweek 2020!